This and three companion Application Briefs (EF2, EF-3, and EF-4) present details of an analysis and results from the application of Paradise® on a large 3D seismic volume from two counties in Texas focused on the Eagle Ford trend and its bounding formations: the underlying Buda and the overlying Austin Chalk. The results characterize remarkable resolution of stratigraphic and structural details in these three formations. Dramatically, these Application Briefs will show resolution of
features below seismic resolution, a product of the analysis taking full advantage of multiple attributes simultaneously. 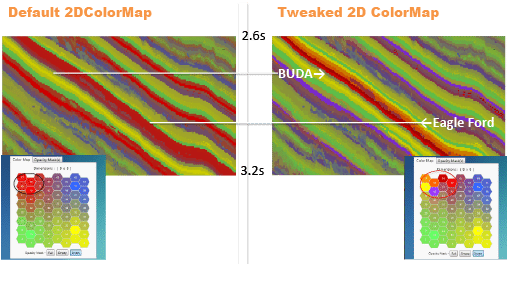 In addition to the above, Envelope 2nd Derivative, Instantaneous Frequency, and Thin Bed Indicator rounded out the nine suggested by the PCA. However, these three were less evident in the area investigated or were possibly in the background.

The transparency function of the interactive 2D Colormap was then used to remove all neuron colors except those that represent the Eagle Ford shale and the overlying interface with the Upper Eagle Ford marl. This technique exposed other similar and sizeable objectives in the overall stratigraphic section. Figure 2 reveals that filled scour structures carved into the top of the Georgetown and an uncalibrated zone, possibly Pearsall, share the facies characteristics of the Eagle Ford, which suggest these other formations also likely include similar organic-rich shale facies. 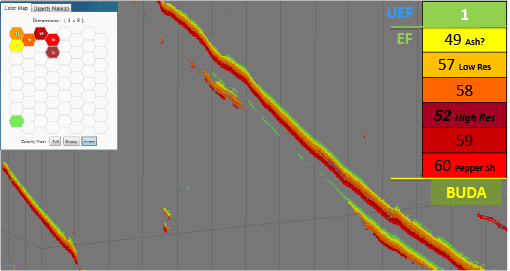 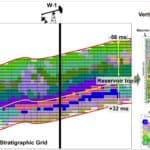