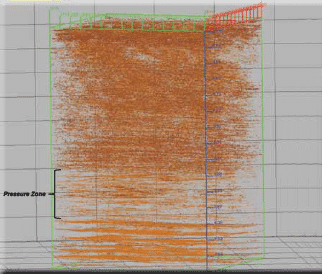 This analysis and application of Paradise involved the evaluation of a 3D volume offshore
South America. A well had been drilled and encountered unexpected high pressures which prevented drilling to the desired deeper target. Traditional methods to identify pressure did not readily reveal a high-pressure zone before drilling. The challenge was to identify the high-pressure zone employing Self-Organizing-Maps (SOMs).

Initial evaluation of the 3D seismic volume suggested there may be facies and stratigraphic variations in the high-pressure zone.

After an interpretation of the local geology and putting this into a regional context, the anomalous high-pressure area appeared to be associated with a slope facies as interpreted from the conventional stacked seismic data.

Therefore, five different combinations of seismic attributes were applied in a SOM analysis to help define the seismic facies in the zone of interest. One specific combination of six seismic attributes clearly defined the seismic slope facies and associated high-pressure region. With the use of 2D colorbars in the 3D Viewer in the Paradise software, the highlighting of specific neurons enabled the visualization of the high pressured seismic facies. 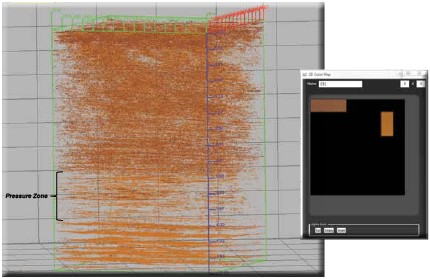 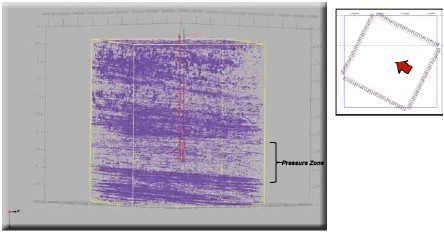